If you would like to discuss your condition before scheduling an appointment feel free to take advantage of our complimentary 10 minute consultation, available either in person or over the phone. (310) 375-HEAL (4325)

All of Chandika’s products are formulated and produced under the specific direction of the renowned Ayurvedic Physician, Educator, and Award Winning Product Formulator, Dr. Rama Kant Mishra. Vaidya Mishra was born into the ancient Shaka Vansiya Ayurveda (SVA) tradition of Ayurvedic Physicians and Scholars, which is mentioned in the ancient Vedic Texts (Puranas) and dates back to over 5,000 years in an unbroken lineage of Ayurvedic Vaidyas (literal meaning- One who is wise and adept in the knowledge of life). 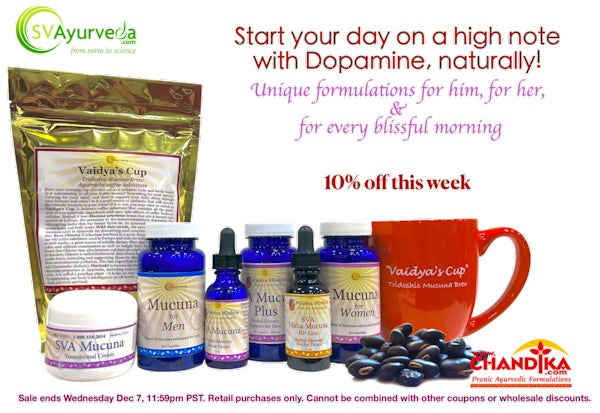 Floré is the only custom probiotic with the secret ingredient. That secret ingredient is your gut microflora. We create custom gut probiotics tailored and formulated to your unique microflora to improve your digestion, increase your energy, and reduce bloating; helping you perform at your best.

Find the right Saatva mattress for you

We cut out the middlemen so you get the highest quality at the best possible value. To get the same quality elsewhere, you'd have to pay way more. Every Saatva mattress is handcrafted when you order it. Unlike other internet mattresses, we'd never dream of compressing our premium beds into a small box. Instead, we deliver it factory-fresh to your room for free. From responsibly sourced materials to our domestic manufacturing & delivery process that lowers our carbon footprint, our eco-friendly ethos has been at the core of our brand from day one. 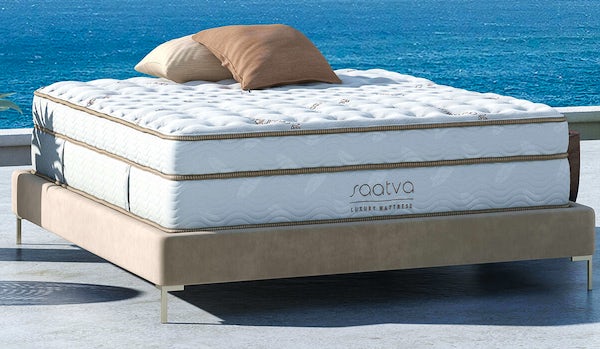 The most advanced personal energy system and EMF Protection device in the world. Every living thing has its own electromagnetic field. Our natural healthy EMF frequencies become weak or altered by too much exposure to external unnatural EMF frequencies. Once the EMF radiation exceeds the body's ability to deal with it we develop symptoms of electromagnetic sensitivity. These can cause a host of health issues, such as; headaches, fatigue, depression, allergies, insomnia, asthma, chest pains, erratic heartbeat, high blood pressure, brain fog, ADD/ADHD, digestive disorders, skin disorders, and even more serious conditions like Cancer, Alzheimer's, Parkinson's, Fibromyalgia, MS and numerous other autoimmune and neurological conditions.

About 25 years ago I opened a Chiropractic Clinic in a busy new retail shopping center. I noticed that at about 3 pm every day the energy in the clinic, especially in my consultation room, became very erratic and It was hard to focus. Upon further research I discovered that directly below my office was the power station room for the entire shopping complex. Directly above my office was a restaurant that opened for dinner only, and about 3 p.m. they opened for employees and began food preparation. Further research revealed that inside one of the walls in my consultation room were many cables carrying all the electrical current upstairs to the restaurant. Once they powered up at around 3 p.m. it really got crazy in my office. When I tested the wall EMF with a meter, the indicator went off the chart. I was researching ways to block this highly undesirable EMF and around that time met the engineer who developed the Clarus CL-100 System. I purchased it and immediately after plugging it in noticed a profound palpable peaceful "quieting effect". It was really a profound contrast and I was so thrilled to be able to work in a "normal" environment again. After 25 years my device is still going strong and working as good as the day I purchased it. Thank you!

Based on the Nobel Prize winning findings of Dr. Louis Ignarro, this formula has the most beneficial blend of L-Arginine and L-Citrulline to enhance the effects of Nitric Oxide. Benefits may include increased blood vessel elasticity which helps in maintaining blood pressure and cholesterol health, and increasing circulation and vascular health, which is beneficial to sexual health, circulation, mental acuity, energy and diabetes.*

Just mix with room temperature water and enjoy first thing in the morning. May be taken again later in the day if desired. For added flavor you can mix in a small amount of juice, 1-2 ounces or to taste. My favorite is 100% pomegranate, black cherry, or blueberry juice.

*These statements have not been evaluated by the FDA.This product is not intended to diagnose, treat, cure or prevent disease.